The team of interior designers and decorators at Advantage Novari Interior Design has worked on a range of projects in Sydney’s Inner West. A network of leafy villages that were once the home of Sydney’s working classes, the Inner West has evolved over the years and today features a true melting pot of architectural styles.

From renovated workers cottages in Balmain and Rozelle to heritage-listed homes in Haberfield, along with grand terraces in Summer Hill and Petersham and warehouse conversions in Newtown and Stanmore, there’s a home to suit every lifestyle. The waterfront area around Birkenhead Point and Birchgrove has boomed with modern high rise apartment blocks linked to the Parramatta River by waterfront walkways. Just as the building styles are unique to each inner west suburb, so too are the interior design styles to suit these homes.

The architecture of a home should always be the starting point when considering an interior design scheme.

The older style architecture of this California Bungalow home in the inner west suburb of Strathfield played a large part in dictating the redesign of the furniture and furnishings of the main living space.

Sofas with traditional diamond buttoning are featured on a rug with an intricate lacelike design. The detail continues in the woven timber base of the large dark timber coffee table with accessories in aged bronze. A custom made antiqued mirror completes the look above the traditional fireplace while vintage botanical prints grace the walls.

In contrast to the project above, a contemporary and colour-filled interior was chosen for the complete furnishing of a brand new home in nearby Strathfield South.

The young family wanted a clean, minimalist aesthetic with natural timber, neutral colours for sofas and pops of colour in artwork, rugs and soft furnishings. Black accents and marble add some formal touches while bright coloured and patterned wallpaper and bed linen create a fun and lively scheme for a young girl’s bedroom.

To find out more about how Advantage Novari Interior Design can help transform your home, call us on 02 9310 1611. The interior designers Sydney loves! 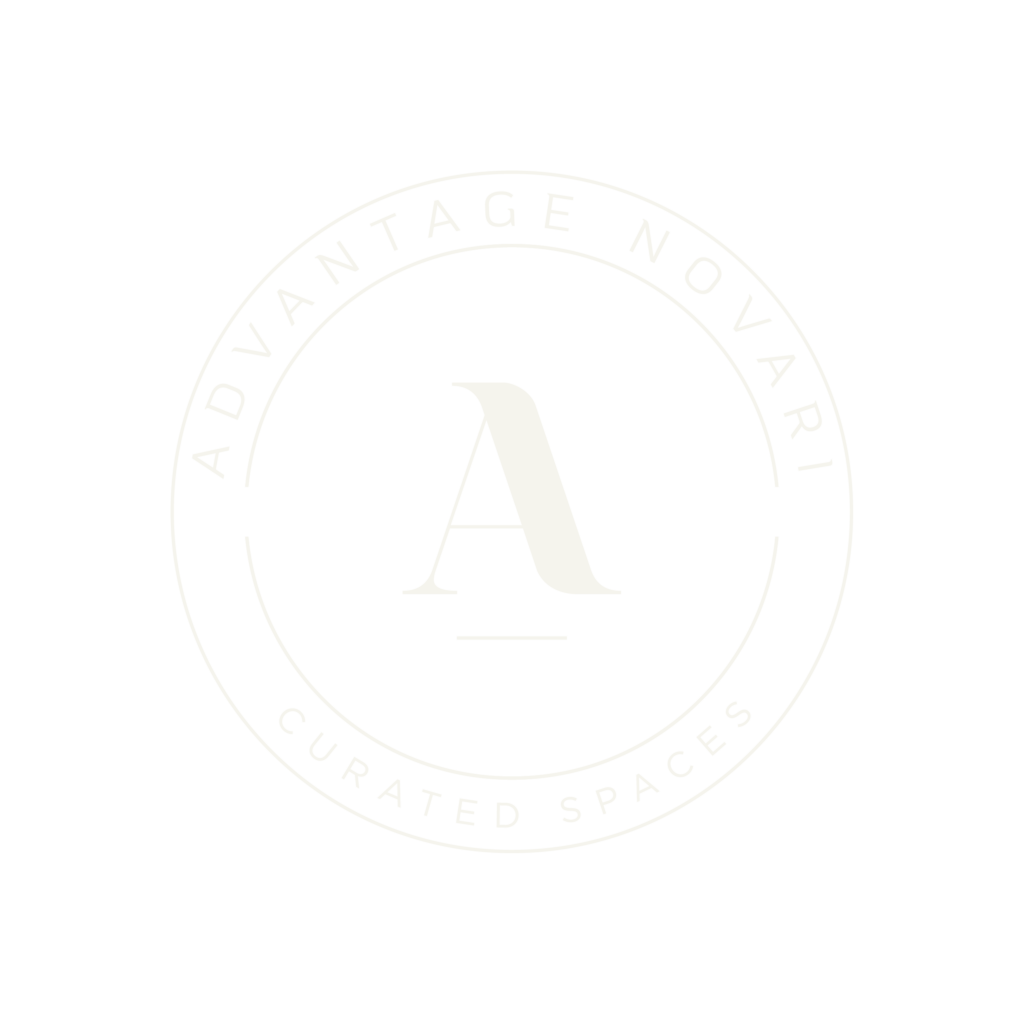